Customer service, operation and delivery service will operate as usual during MCO/CMCO. Stay safe and healthy. Contact Us 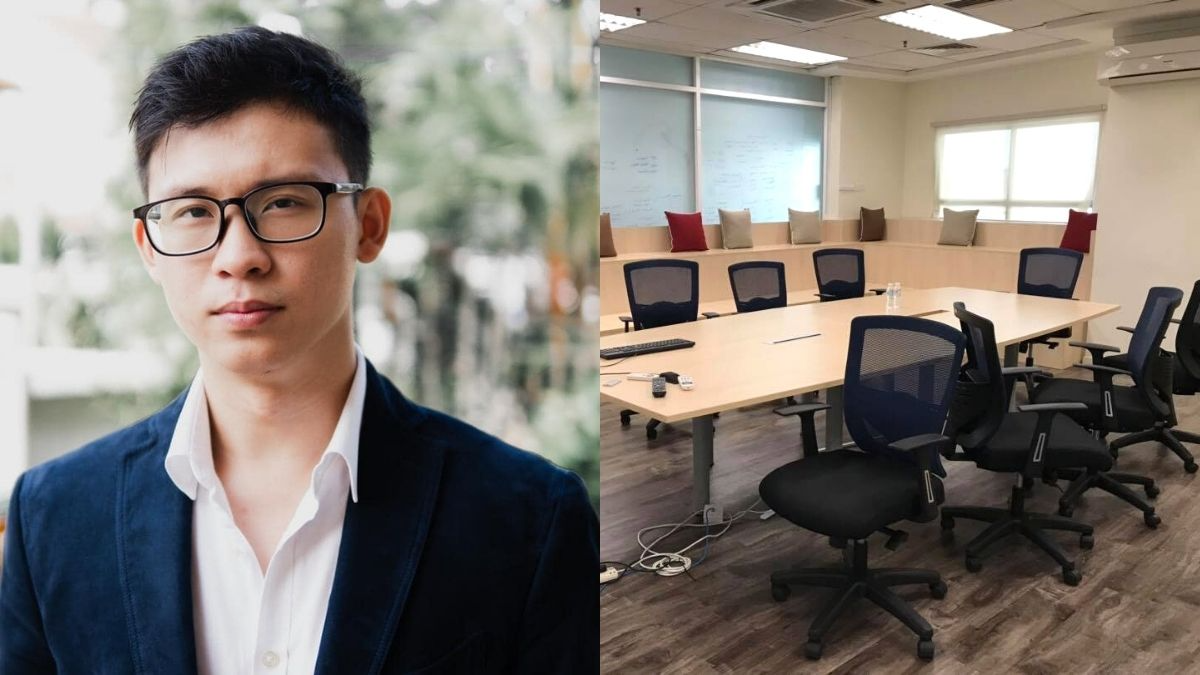 Benedick Chen (Ben) was just 20 when he started a factory of his own that manufactured office chairs in 2017.

3 years prior, he was working in a factory of the same business, started by his father in 1988.

Even as a teenager, Ben didn’t like the way his father would overlook the opportunities for growth that expanding the business online would bring.

“The factory was reluctant to accept my ideas and make changes, as they were not familiar with the digital world and online activities,” he said.

“Therefore, I took the risk, and started my own factory with my ideas when I was 20 years old.”

That’s how Alterseat Malaysia was founded.

Failure Is The Key To Success

Ben told us that venturing out on his own while finding and exploring different ways to start the factory from scratch was the toughest period of his business.

With no formal education in the field, the young entrepreneur relied on the knowledge he’d gained from the experiences working in his father’s factory.

Due to his age, one of the biggest struggles he faced was being looked down on.

“Sometimes I had to hide my age or identity in order to run sales,” Ben said.

He was also working multiple jobs to gain capital for his startup.

“However, what gave me the confidence to start the business on my own was believing failure is the key to success,” he said.

Of course, the process of making and accepting failures requires a great mentality, but he believes that at the end of the day, it’s all part of the process.

On whether or not Ben looked to his father during this difficult time, he said that wasn’t the case.

Instead, he chose to focus his business model on customers, unlike his father who focused on the competition.

In the end, his method was more sustainable than his father’s in the long-term, and Ben believes that that was the reason why his father’s factory later failed.

Being Customer-Centric Paid Off

Ergonomic chairs are designed to provide comfort to its user when sitting for extended periods of time while working.

Office ergonomics is a problem we’ve written about before.

Last year, we got a chiropractor to judge the ways we sit and wrote about an adjustable sit-stand desk by EVIS. We also talked about the latter’s legitimacy in this video.

Not to mention its steep price points ranging above RM1,000.

Therefore, Alterseat makes their chairs customisable for free and sells them at factory-direct prices.

Depending on the design, their office chairs range from RM199.90 up to RM799.

But that’s not the only reason why Ben made his chairs customisable. He took note of how much people liked customising things they use on the daily.

“Understanding that people may have different tastes and preferences for the chairs could be a business opportunity for us to carry out,” he said.

Thus, the company provides various customisation options including color options for a chair’s netting, leather, and other fabric.

“There are also customers who have a lower budget, we allow our customers to change the parts of the chairs that they are interested in to lower down the cost, as well as the pricing, such as the armrest, base, mechanism and headrest,” said Ben.

Only 5% Of Their Chairs Sold Require Customisation

With so many choices given to customers, you would think that Alterseat’s customisable chairs make up the majority of the company’s sales.

But Ben replied on the contrary. This is because all their featured products are designed based on the demands and feedback from their customers.

So, the majority of them have no problems with buying the regular chairs, albeit while opting to change some colours.

“We would say that 95% of our orders are just the regular chairs, and the remaining 5% are the customisable orders,” he shared.

The company serves both B2B and B2C clients. Some corporations they have furnished with office chairs include Perodua and RedBull, which Ben said mark some big turning points for their growth.

The team of 12 now has the MCO to thank for their rapid B2C growth over the past few months as well. This was due to Malaysians building office spaces to work from home.

For Alterseat’s long term goal, they want to position themselves as the go-to brand for ergonomic chairs.

In the short term, they are expanding their production line by innovating unique and valuable chairs, tables, and other loose furniture like adjustable or foldable tables at the lowest price possible.